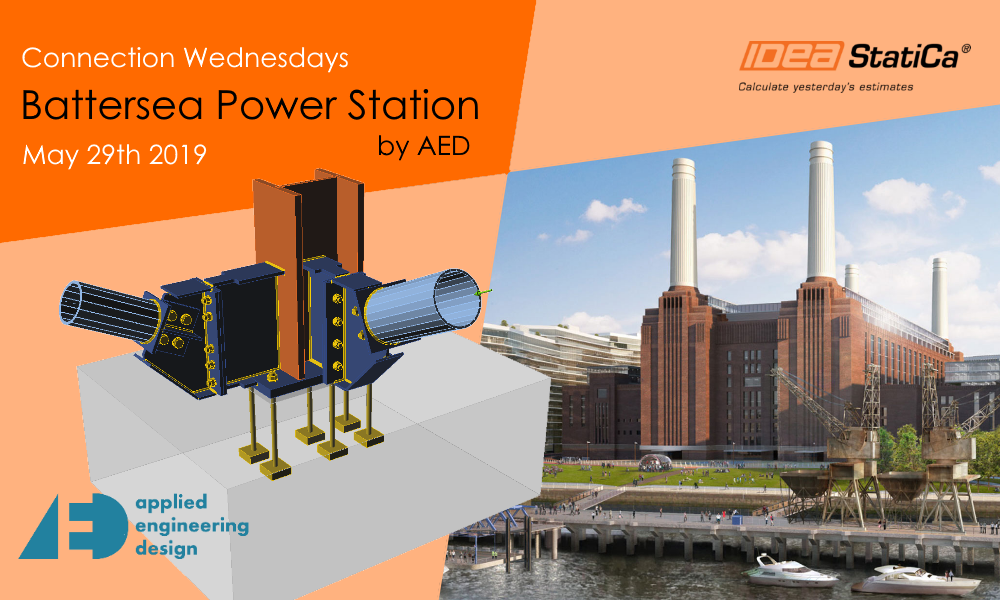 Join the webinar and learn about

Applied Engineering Design (AED), a pioneering Scottish engineering design specialist with offices in Edinburgh and Bath, has used IDEA StatiCa in Battersea Power Station – one of the biggest regeneration projects in Europe and an iconic landmark on London’s riverbank. AED has been tasked with creating a high-level temporary roadway at the site which is capable of carrying heavy construction traffic. Once its use as a site connection is finished, the structural beams and columns will be encased in concrete, and flats will be built on top of the deck.
Learn more about Applied Engineering Design (AED).

“It is a particularly complex commission and we have become early adopters of IDEA StatiCa because its advanced design and check process is both powerful and quick enough to be a useful tool in our everyday work as structural engineers for fabricators. I had become aware of the limitations of commonplace software and I had been looking for an alternative”.

In the first part of the webinar, we focused on design and code-check of a complex steel joint for the footing of the high-level temporary roadway.

In the second part, we showcased one of our  HelpDesk Highlights – multiple shear planes in bolted plates.